The Fun in Learning to Code Through Coding Games From the time that I first learned Python during Sophomore year of college until today, learning how to code has always been a struggle. Prior to learning Python, I wasn’t the most technical person on the planet; I didn’t like that my coding classes consisted of boring drills, overly wordy textbooks, and meaningless coding projects that took up a HUGE chunk of my time.

However, thanks to coding games such as Code & Go Mouse Mania and CodeMonkey, learning how to code has never been easier (or more fun, for that matter).

Because of these games, more kids especially are learning how to code beyond typing simple if-elif-else statements  and dragging and dropping blocks of pseudo-code into an empty shell(think Scratch).

Besides learning how to code, the benefits of coding games for kids is that they:

Regardless as to whether or not you’re a “technical person,” anyone can (and should) learn how to code just by playing games. So why should people spend all of that time reading overly wordy textbooks and completing meaningless projects when playing coding games makes life so much easier?

Without further ado, let’s take a closer look as to what those benefits are and how they make learning how to code more fun for everyone. Teach People How to Think Critically

In a world where information can easily be distorted (on and offline), it’s important that children learn how to think critically, especially when it comes to solving problems and interacting with others.

With the case of coding games such as the board game, Code & Go Mouse Mania, children learn how to think critically by creating a sequence of “code” using a set of game cards drawn at each turn in order to gather the most “cheese” on the board. From there, they can “direct” their parents as to how they should gather “the cheese” however they want to. Parents can also be the ones to “lead” their kids, if they want to.

Even though most of these games come with tutorials that “teach” people how to win at these games, it is only by actually playing the games that children learn to develop critical thinking skills. Code & Go Mouse Mania is no exception.

According to Midsouth Makers member, Renee Timbs, when it comes to solving problems and developing creativity skills, “Eventually, you will want to make something that you can't find online.” With the case of games such as Code & Go Mouse Mania, it is up to the player to decide which method is the most effective in order to win both the game and ultimately, life itself.

By playing coding games, not only are you learning how to think like a Computer Scientist, but also how to become expert problem-solvers and creators.

Whether it’s solving the world’s most complicated math problem or building a unique website, having both an analytical and creative mindset are necessary to create the things that people want to create.

With the case of the game, Hopscotch: Coding for Kids, children learn not only how to make games using real-life programming languages, but also how to make those games their own without using a manual of any type. This in turn helps the child build his or her creativity in more than one way, which also helps them to develop good problem-solving skills.

This stimulates their creativity, critical thinking, and problem-solving skills all at once as opposed to sitting in a classroom typing meaningless code pieces. The same is true for adults. Because coding games are games that utilize both the “left and right halves” of the brain, games such as CodeMonkey can help humans overcome any problem that they come across throughout their entire lives.

In CodeMonkey, children and adults not only learn how to code using CoffeeScript, a real-world coding language that is similar to JavaScript and Python, in order to collect bananas (and thus win the game), but also build their own games using HTML5.

According to David Dodge’s Coding for Beginners, “Computer science builds skills in a number of corollary areas including math, science, problem solving, teamwork, project based learning, creative arts, and more. As Steve Jobs famously stated, ‘Coding teaches you how to think.’”

Coding, much like learning how to cook, is about learning what works and doesn’t work. By playing coding games, people can not only understand how coding works, but also how life works. Let’s face it, even adults need to act like a kid every once in a while.

They’re great for more than teaching them what a print statement is. Even though there many different types of coding games that exist in the market, what all of these games have in common is that they teach people how to think creatively and critically while adapting themselves to different situations. This is a super important skill to have in today’s competitive, global market.

With that said, the next time that anyone says that, “playing games is just for kids (and fun),” just remember that fun is what gets everyone to learn a valuable lesson.

In the meantime, if there is another type of coding game that you think should be mentioned in this article, let me and the rest of the people on here know at the bottom of the comments! We’ll be more than happy to read what you have to say about this subject. Maryland-born writer, Athena Zhang Baker, has been writing all kinds of various articles, stories, and reviews since she was in seventh grade. As of now, she is continuing to write various articles on Computer Science such as “Ada Lovelace: The Making of an Ideal Liberal Arts Student” and “How Teaching Young Girls How to Code is Beneficial to Their Future” while running a Manga and Manhwa Club in Memphis, TN. 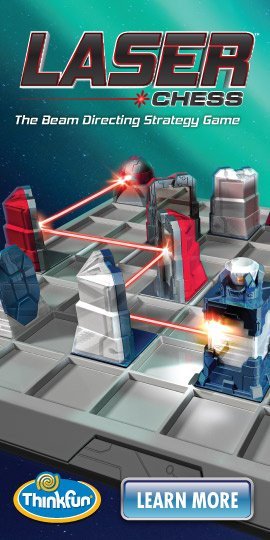