Join over 10,000 parents and teachers and subscribe to receive great content on Education and Learning Through Play every week.

Take a Bite Out of Science: National Apple Pie Day! I love cooking, ask anyone who knows me and they’ll tell you that food is a passion of mine. Now I don’t love cooking solely because I love food and the way it tastes. I love cooking because I really learned to appreciate food and how it works after learning the science behind cooking. Cooking is essentially an edible version of chemistry. There are chemical reactions that take place in your food as you heat them or add certain seasonings that change the complexion of the dish. You can take flour and transform it into a fluffy sweet cake thanks to the chemical reactions that happen when you add certain ingredients together. Cooking and baking are just tasty science experiments!

So why are we writing about food? To make you hungry? No! The reason we are writing about cooking is because for the next week we will be doing posts about how you can teach your kid some basics about science through cooking. And the best part about this is that once you’re done learning about how cookies are made, or why a cake rises, you get to eat scrumptious treats!

To celebrate it being Friday and National Apple Pie Day, we’ve got a great recipe and an explanation of the science behind what makes apple pies so tasty. (Photos courtesy of Katie Vincento @ktvincey).

For this experiment you will need the following The Science Behind Pie:

Have you ever wondered what makes a pie crust so flakey and crisp? Do you think it is a result of baking it at a high temperature for a long period of time? Or maybe it’s something that you just thought happened because it’s supposed to. Well, pie crust develops flaky layers due to the combination of flour, butter and cold water.  The key to a successful pie crust is the balanced interaction of gluten and fat. When you combine the butter and flour mixture, you create pockets of buttery goodness, otherwise known as fat.

When you combine the flour and butter mixture with water, you are creating gluten, which allows you to stretch and form the pie crust as you like. Gluten is the network of proteins that lend structure to baked goods. It makes the crust malleable, but the butter and the fat that comes from the butter is the true star in creating a perfectly flaky pie crust. When you roll out the pie dough, you stretch out the fat pockets that separate the sheets of gluten filled dough. Then, as you bake the pie crust, the fatty layers melt and allow the floury layers to separate from each other, solidify, and form the layers you see in a flakey pie crust.

There’s more science to a pie than just in the crust. Pouring boiling water over apples seems a bit odd right? The reason we pour boiling water over the apples is to make sure the apples retain their shape when baking. When you place raw apples into a pie and bake it, you run the risk of creating a pie that has a mush like filling. This is because when you cook apples, they cell walls within the apple slices expand and release the heated air within them, creating a translucent and soft apple filling.

This all sounds great right? Unfortunately, while your pie filling is ready to eat after about 25 minutes in the over, your pie crust is still pale and uncooked. So you have to bake the pie longer in order to create an edible crust, but that makes the apples lose any form of structure that was once holding them together. Boiling the apples essentially cures them—similar to how the mortar in between bricks needs to cure in order to fully harden. By cooking the apples in boiling water, you are able to heat the apples and prepare them for the pie without ruining the filling or pie crust. Want to learn more about food and science? Keep an eye out for our next post on Sunday May 15, in honor of National Chocolate Chip Cookie Day! Photos courtesy of Katie Vincento @ktvincey. 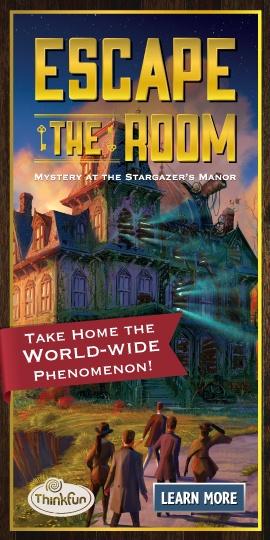