When one of my sons was little, he loved toy pirate ships. He had several, and he would play for hours. He had a few pirate-themed books that he enjoyed reading. We lived in Southern California during those years, and we would often visit Disney and cruise the pirate ride. Since summer is here, and life is a little more relaxed without as many schedules, a pirate-themed day or week would be fun for children. The suggestions below are just a starting point. Go with the idea and create your own fun! Ravensburger produces top-quality games. I found this game thrifting, but this game -- Wild Pirates -- can be found on Amazon or eBay. The game board features a water-themed layout. The playing pieces are circles with ships on them. Each player is dealt cards at the beginning of the game. The cards are numbered 1-9 in 4 different colored pirate-themed suits. If you already know how to play Spades, then this game will be an easy start. Each player is given a turn to pick the suit that will be the trump suit for a round. The game is played in rounds. The trump suit for each round is marked in the upper left-hand corner. After the cards are dealt, a round begins with players taking turns laying down cards to determine who will win each hand. When all the cards have been played, a round ends. Each player moves along the board according to how many hands each player won during that round. The game board is perfectly themed with spaces designated for shallow water and treacherous water. The game doesn’t take long to play, and there is strategy involved. Sometimes players will want to lose hands so that they don’t end up on a space on the board that directs them to go back 2 spaces. Other times, players will want to win hands so that they can advance on the game board. This game proved to be exciting, challenging, and fun for a summer afternoon. Word Pirates is a more educational board game. While the fun factor may be lower than the previously reviewed board game, this game is high in educational value. Each player chooses a playing piece which features a colorful pirate. The game comes with lettered-dice, wall pieces, bridge pieces, one large numbered-die, and a cool water-themed, shark infested game board. The goal is to roll the numbered die to determine how many letter dice each player will roll. Each player rolls the indicated number of letter dice and forms a word with those dice. Not all of the dice are required for a word, but the longer the word, the better, because each player is racing to the treasure. The dice fit neatly on the playing board in the squares. Use the dice to form “bridges” to walk over the water until one player reaches the treasure in the center. As words are formed, new words can be formed using the letters already on the game board. The numbered die also features an option to form walls or bridges. If a wall is rolled, the player will block an opponent making the journey to the treasure more difficult. If a bridge is rolled, the player will choose a bridge piece to aid his/her journey to the treasure. The first player to the treasure wins! This game is academically challenging, resembling the game of Scrabble. The game can be a little frustrating for younger children since their vocabulary is limited. When we played recently, we helped each other. I found my copy thrifting, but this game can still be found on Amazon or eBay. Produced by Gamewright, LOOT is a perfect fit for a pirate-themed play time. Within the card deck, there are merchant ships with gold coins of varying values, pirate ships with varying strengths (indicated by numbered crossbones in the corner), pirate captains, and an admiral. Players are dealt 6 cards at the beginning of a game. On a player’s turn, he/she may either play a card or draw a card. On a player’s turn, he/she may play a merchant ship. Once a merchant ship is played, other players can play pirate ships of varying strength against a merchant ship. The player with the strongest pirate ships, indicated by the crossbones in the corner of each card, wins the merchant ship. The goal is to capture or keep merchant ships with more gold coins than your opponent. Pirate captains are used to strengthen an attack on an opponent ship. The admiral is used to defend one’s own ship. The instructions are easy to follow. Game play is quick. The player who has the most gold coins on their merchant ships wins the game. I played this in a two-player game, and the game was fun and entertaining. If there were more players playing the game, my guess would be that the game would be more entertaining, exciting, and fun. As mentioned above, my son loved his toy pirate ships. Toys, like this Imaginext shark bite pirate playset are always fun additions to home resources. Thrift stores are a great place to shop if you don’t want to buy new. I couldn’t find an inside look at the above book, but I have a similar one in my library at home that my son really enjoyed. The one I have features facts and information about pirate life and a maze for each page. Be creative with the theme and find a resource that is perfect for your family! An internet search could also be done to find pirate-themed literature. My son recommends pirate lovers also check out movies! Favorites include a Muppet's Treasure Island, which is a comedic interpretation of the classic story, Kidnapped, a story about a Scottish boy who gets forced onto a slave ship and a Veggie Tales pirate movie, about a group of actors who go back in time to attempt to save a royal.

The goal is to have fun with your children while educating them at the same time. There are different educational options, e.g., public, private, homeschool. Whatever option your family chooses, education still happens in the home on a daily basis. Make memories that your children can carry into their adult years that are happy. Sometimes adverse circumstances cause disappointments, struggles, and worries, such as COVID-19, but adults do have the power to make efforts to create happy memories in spite of difficult circumstances. Create a childhood for your children that you would want for yourself! Raise children who will love learning and will want to become life-long learners. A love for learning is one of the best gifts you can give them. 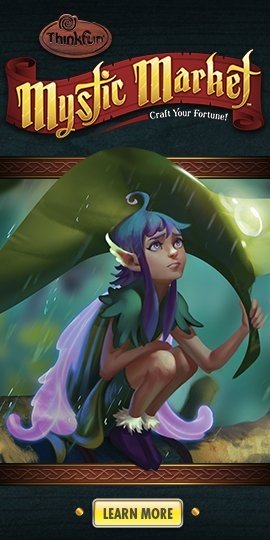