How to Apply Game Theory to Lessons Your Students Will Love Coach your students to greater success!

My son’s high school football team won the state championship his senior year. It was an amazing ride with lots of hard work, tense moments, and travel. As I spent all those years as a dad in the stands and sidelines listening to the coaches and watching them mold the team and coax just a little bit more effort out of the boys, I learned a great deal about teaching science. Er, I mean, I learned a great deal about COACHING science.

All of my year of pedagogy and training had me building lesson plans to teach science. But after watching how leaders in sports and industry actually help others achieve the results they want, I realized that I was likely going about my curriculum all wrong. There are buzz words today such as “Project Based Learning” and “Standards Based Grading” which are being touted with some grandiose press releases, but the implementation of these truly fantastic ideas are often lost in the grit and grind of day to day classrooms just struggling to get by.

In the next few minutes, we’re going to explore an outline for you to integrate the best of these ideals into your classroom through Gamification of Learning.

Before we get started, let’s explore some foundational principles that will need to be the bedrock of your transition into a gamified classroom. These are three foundational principles to keep in mind as you proceed. This is more about mindset than any particular action you’re going to take. However, with the right perspective you can play for the long game and strengthen your craft of teaching moment by moment.

Now that we have those in mind, let’s make sure we understand the basics of every game ever invented. No, we’re not going through an exhaustive list, rather, this list is a boiled down synthesis from game theory. Hopefully you’ll see examples in games you play, but keep in mind this is a broad overview. However, I feel confident that you can find these concepts in every game you’ve played. Periodic table battle ship. Kids play battleship to practice not just recognizing the atomic symbols, but to also become familiar with the periods and groups as a sense of organization based on 2 characteristics.

There are many other aspects of gamification that can also be added beyond these fundamentals. Many games include randomization, levels, and expulsion. For our purposes, this framework is adequate to get things started, but feel free to continue research and developing more game theory techniques as you turn your classroom into a gameroom.

Every teacher has a lesson plan book somewhere. Some are required to submit plans weekly or monthly to admin. Some simply prefer to keep their records for future use. Others put their plans in a blog or website so students can access materials from offsite beyond the school day. If we are going to gamify our classrooms, it’s time to modify the perspective and design a playbook with rules for our students to succeed rather than simply make plans for them to complete activities. What follows is an outline for helping revise your lesson plans and turn them into game plans.

There is no magic formula to make your classroom great. There is no one format, however much success has been seen by gamification. With your efforts to turn units and lessons into games, who knows, maybe someday textbook publishers will catch on and we’ll have our whole curriculum in an online sandbox platform with ready-made mods. Until then, happy gaming!! Trevor Macduff has been a Science/STEAM teacher in southeastern Washington for the past 22 years. He’s spoken at national and regional conferences on innovative methods for integrating technology and standards into the classroom. His passion is helping other teachers find their groove in the classroom by recognizing that there really is no box to be thinking outside of. He is currently finishing up his NASA STEM Distinguished Leadership Certificate and is excited to be participating in the Smithsonian Institution’s first even cohort of the Teacher Innovator Institute. If Trevor isn’t in the classroom, you can probably find him listening to audiobooks while driving his 12 children around to their various activities or sharing ideas on Twitter. 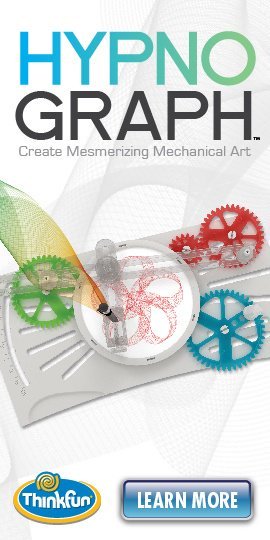