DNA, or deoxyribonucleic acid, is responsible for containing hereditary materials for human and almost all other organisms. Although this isn’t a groundbreaking concept in the year 2019, it was groundbreaking back in the early 1950’s. Rosalind Franklin was an X-ray crytallographer and was the first person to image the DNA molecule. Her photo gave Watson and Crick evidence for the structure of DNA. Sadly, she died before the Nobel prize was awarded. Often at this time in history, women were not recognized for their contributions to science. Fortunately, due to the perseverance of strong, smart women in many fields and a changing culture, this is changing. More and more women make contributions to STEM fields and the women of the past are coming to light and gaining recognition and credit for their accomplishments.

While we know that Franklin was the first to photograph the DNA molecule, do we know what DNA really is? We hear about it all the time in fields as various as medicine and genetics. We know that DNA is found in the nucleus of all animal, plant and fungal cells and floating in the cytoplasm of all bacterial cells. The interesting part is that it is a macromolecule made of repeating units, a polymer known as a nucleic acid. The repeating units that make up DNA are arranged in a twisted, ladder like structure known as a double helix. Each of the units, called nucleotides, are made of a sugar/phosphate “backbone” and a pair of chemicals that create the “rungs” of the ladder. There are four of these chemicals, adenine, thiamine, cytosine and guanine or A, T, C and G for short. A always pairs with T and C with G. With those four bases and that simple rule all the biodiversity on Earth is created, from the smallest bacterium to the largest whale and everything in between.

-A funnel or small strainer

1) The night before your experiment place your alcohol in the  fridge/freezer so it's nice and cold.

2) Remove the green top from your strawberry and place it in a sealed ziploc.

3) Go to town smashing it up but be careful not to put holes in you baggie!

4) Add a tablespoon of dish soap, a teaspoon of salt and ⅓ cup water to the bag.

5) Seal and shake to mix well.

6) Put  the coffee filter in the small strainer or funnel and pour the strawberry liquid through this into the jar. Here's where you have to be patient.

7) Once the liquid has strained add a layer of cold alcohol to the top and wait a bit. Be sure to gently pour down the side of glass so alcohol floats on top.

You will see a milky, gooey substance where the two liquids meet. This is the DNA of the strawberry. Swirl the DNA onto your toothpick and you'll see that this is the super gooey stuff of life!

The soap breaks down cell membranes to release DNA. The salt breaks down the histone proteins that bind the DNA. The DNA rises into the alcohol where it is not soluble and forms the milky jelly like precipitate. Strawberries are especially good for DNA extraction because they are octoploid. That's a ten dollar way of saying that they have eight copies of each chromosomal DNA so they yield lots of DNA for extraction, more than other fruits. Human cells are diploid… two copies… can you believe that one strawberry cell has so much genetic information?

Feel free to try this experiment out with your students if your lesson plan covers anything regarding DNA! You'll be surprised to hear the conversations students will have with one another.

To Learn More about DNA... Dimitra Neonakis always had a love for science and nature, but came late in life to formal science education. With degrees in visual and performing arts and an environmental monitoring certificate, Dimitra brings her A game to STEAM education. Dimitra has designed and classroom-tested science activities for formal and informal k-12 and collegiate science education since 2005. She works both with at risk and neurodiverse populations as well as typical students. Students fondly refer to her as Ms. Dee and Ms. Frizzle and they all agree that science is fun! 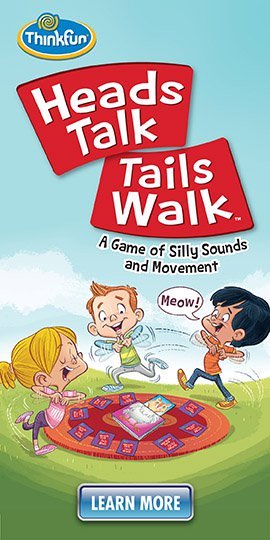