10 DIY Activities in the Spirit of Maker Faire Have you heard of World Maker Faire, also known as “the Greatest Show (& Tell) on Earth” to be held on September 22 & 23 in NY? Or Maker Faires, in general? If not, here’s the scoop!

What is Maker Faire?
World Maker Faire is the premier gathering of makers on the East Coast to be held September 22 & 23 at the New York Hall of Science in Queens, NY. It’s a family-friendly event that showcases invention, creativity and resourcefulness, and celebrates the Maker and Do-It-Yourself (DIY) movement across the globe. Part science fair and part county fair, Maker Faire is an all-ages gathering of tinkerers, educators, parents, and professionals, because we are all Makers. That includes you!

Consider attending to get immersed in maker culture with 800+ exhibits, interactive art, hands-on making and learning. The 2-day event runs from 10am-6pm EST and features robotics, science, the future of food, electronics, fire and more. Get details and tickets here.

When Did Maker Faire Start?
The original Maker Faire was held in 2006 in San Mateo, CA and in 2017 celebrated its 12th annual show with 1200 makers and 125,000 people in attendance.  World Maker Faire New York, the other flagship event spotlighted in this post, has grown in six years to 900+ makers and 95,000 attendees. Forty larger scale Maker Faires occur in cities around the world—including Berlin, Paris, Rome and Tokyo, to name a few—and over 170 community-driven, independently organized Mini Maker Faires are now being produced in the U.S. and in 43 countries around the world. Find a Maker Faire near you.

Origins of Maker Faires
Dale Dougherty, founder and executive chairman of Maker Media, and Sherry Huss, vice president of Maker Media, created Maker Faire. With offices in San Francisco and Sebastopol, California, Maker Media is the parent company of Make magazine (the first magazine devoted to DIY technology projects), Make Faire, and Maker Shed, and is leading the Maker Movement. Learn more to join their mission to empower makers around the world.

Can’t make it to a Maker Faire? Fear not! Check out our 10 Favorite DIY Activities to empower your little makers at home. Invite friends and family too... build your own community - for playful learning at it’s best!

Bean Bag Toss
Make your own bean bag toss from a cardboard box! This activity is great for gross motor skills and hand-eye coordination.  Get the tutorial at Messy Motherhood » Funny Face Flip Book
Put that stockpile of markers to good use by sketching out silly features. Clip the cards together to make countless combinations for hours of fun.
Get the tutorial at I Heart Crafty Things » Homemade Parking Garage
Grab those empty toilet paper rolls and cardboard and get to work on this homemade parking garage. Build as many levels and ramps as you like. The configuration is up to you! Get the tutorial at Boy Mama Teacher Mama » Lava Lamp Sensory Bags
This is such a fun way for kids to explore the science of liquids! It's also a great way for little ones to learn and review their colors. Get the tutorial at Growing a Jeweled Rose »

Paper Helicopter
Make aPaper Helicopter! It’s a wonderful and easy engineering project for kids to design in all shapes and sizes. Get the tutorial at Babbledabbledo » Paper Tops
Paper Tops are sturdy and easy to spin, even for little ones. You can decorate them and watch as your designs blend into circles when the top spins. Get the tutorial at Babbledabbledo » Perler Bead Maze
Perler Bead Projects are just plain awesome.  The ability to melt your own plastic to make stuff is like bringing an industrial process into your home. This one requires parental supervision for help with a hot glue gun.
Get the tutorial at Babbledabbledo » Polka Dot Slime
Because the only thing better than making a mom-approved mess is doing so with the extra fun of polka dots! Get the tutorial at Fun at Home With Kids »

Skee Ball
Dump out the laundry baskets for an indoor arcade game. Launched off a cardboard ramp, plastic balls score major points with bored kiddos.
Get the tutorial at Frugal Fun for Boys and Girls » Stay Put Magnetic Puzzle
Puzzles help children develop fine motor skills. Create a magnetic puzzle to get those little hands, fingers and thumbs moving! Get the tutorial at No Time for Flashcards » Are you going to a Maker Faire? What are your kids favorite DIY projects? Share with us in the comments! 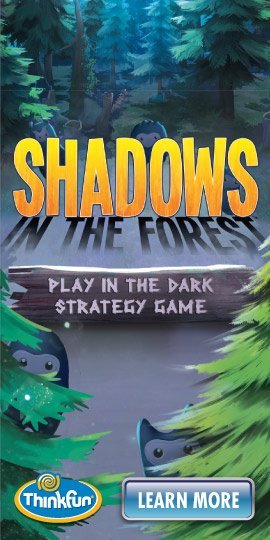