Tired of the same old board games? Are you looking for an exciting board game that pushes the boundaries between reality and fiction? The world of Sci-Fi, otherwise known as science fiction, can provide just that. Sci-fi board games transfer us to another world and can be fun for everyone! For those that are on the hunt for the next best sci-fi board game, look no further. Here are the top 5 sci-fi board games!

Lords of Waterdeep by Wizards of the Coast is a Dungeons & Dragons board game. In this game, players take the role of one of the masked Lords of Waterdeep, secret rulers of the city. Through your agents, you recruit adventurers to go on quests on your behalf, earning rewards and increasing your influence over the city. Expand the city by purchasing new buildings that open up new actions on the board and hinder—or help—the other lords by playing Intrigue cards to enact your carefully laid plans. This is a multiplayer game, best suited for 2-5 players, and the recommended age is 12+. For players that are looking to play a role-playing game that transports them to a world of wonder and intrigue, this is the game for you!

The Magic Labyrinth by Playroom Entertainment is another fun multiplayer game that’s for a younger audience! The recommended age for this game is 6+ and the game supports 2 to 4 players. In this game, players are the apprentices to the Master Wizard and have accidentally lost some objects in The Magic Labyrinth. Players need to collect these missing items before the Master realizes they’re missing. However, this magical maze has invisible walls that the little wizards keep bumping into, forcing them to start all over again. Sharpen your memory and show your skill as you navigate the maze and win the Master Wizard’s favor. This game will strengthen your memory and special reasoning skills while providing a good time for everyone!

Invasion of the Cow Snatchers Invasion of the Cow Snatchers by ThinkFun is a game that will make you wonder if there really is life that exists in outer space. This is one of ThinkFun’s most fun new STEM toys for boys and girls for ages 6+. It’s a magnet maze logic game in which the player operates the magnetic UFO. It comes with 60 challenges and the object of the game is to pick up all the cows on the board with the last cow always being the red one. Like all ThinkFun games, Invasion of the Cow Snatchers develops critical thinking skills and is tons of fun! This game is available in stores now and will be available on Amazon very soon. Click the link to preorder now!

Azul by Plan B Games is a game in which players take turns drafting colored tiles from suppliers to their player board. Your mission, as a tile-laying artist, is to embellish the walls of the Royal Palace of Evora. Players score points based on how they’ve placed their tiles to decorate the palace. Extra points are scored for specific patterns and completing sets; wasted supplies will harm the player’s score. The player with the most points at the end wins the game! This visually appealing game will have you designing patterns and assorting colors in the most creative of ways.

Ethnos by CMON transport you to the realm of Ethnos which includes six Kingdoms. These six kingdoms were once prosperous and united but have now been reduced to ruins. With the dawning of a new age, however, presents players with the opportunity to be the one to control all six kingdoms by using Tribe cards and waging war against your opponent. Different Tribe cards, which form Bands, provide different abilities but only one player will be able to rise to the throne. Embark on this epic journey of political maneuvering and battles in order to take control of the Kingdoms and restore peace! 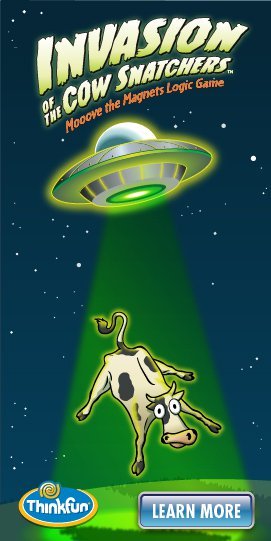