Summer is here! There are many activities families can do all summer long.

Board games may have educational value without the feel of a classroom setting. Learning happens as the games are played. Have fun with your children this summer! Play and learn at the same time. The key is to give your children a happy childhood while accomplishing educational goals. Make memories that will last a lifetime! This game is so awesome! The price of this game may be higher than other games, but the fun of playing is worth it. There are many different versions, with different games featuring America, Europe, New York, and a rails and sails version. The rules are slightly different for each game, making play different, exciting, and new. Each player draws destination tickets and chooses which routes to cover with their colored trains. During the game play, players can either draw colored train cards to fill their routes, place their trains on the tracks, or draw new destination tickets. The rules are lengthy to read, but once game play is learned, the rules are easy to remember and follow. This game is one of our favorites. We have even bought some of the other versions which are also fun to play. Geography is learned because players are required to connect cities with their trains. Players quickly learn that Boston is in the Northeastern part of the country. Los Angeles is on the West Coast. Houston is in the South. Miami is in the Southeastern part of the country. Not only is geography learned, but winning strategies are also contemplated. My daughter wins this game against me because she plans to draw destination tickets many times throughout the game, and she picks the routes that have already been covered by her trains. Some light math, adding up scores, is covered as well. The rules are a little unclear initially, but game play is easy once players start playing. Our family made the rule that only one target could be reached per turn, assuring that each player gets a turn. If one player is good at this game, several targets can be reached during one turn, making turns difficult for others to obtain. This game is full of strategy, and when I played recently with some neighborhood friends, everyone was helping each other reach his/her goals. Labyrinth is worth a full-price buy and never gets old. There are many different themes on the market. I found a Disney-themed one at a thrift store, and we love finding the Disney characters such as Tarzan, Mickey Mouse, Donald Duck, and the Genie from Aladdin.

Rolit is just like Othello, except Othello is for 2 players. Four players can play in Rolit. The game comes with multi-colored balls with a different color represented on each side. There are 4 colors represented, e.g., blue, red, green, yellow. The game begins with four multi-colored balls in the center, with a different color represented on each ball. Each player chooses a color. The goal on a player’s turn is to place a ball with his/her color on top, on the board, in a hole where other balls can be rolled over to his/her color. For example, if the player’s color is green, the goal would be to place another green ball in a place where there are other colors in between 2 green balls. Then, all the balls in between can be rolled to the player’s color of green. The score is counted at the end. The player’s color that represents most of the board is the winner. This is a strategy game in which players plot to take over the board with their color. Rolit is a fun game, and the rules are easy to follow.

When my children were little, we spent our summers on the beach, in pools, and at parks. We lived in Southern California during those years and outside activities were popular. During those moments when families are home taking a break from too much sun, board games are a great way to stimulate minds when school is out. Board games teach so many skills besides just strategy. Children learn how to win and lose with dignity, respect, and courtesy. Children learn how to take turns. Children learn how to play each other’s favorite games, showing respect for other people’s interests. And parents can bond with children. 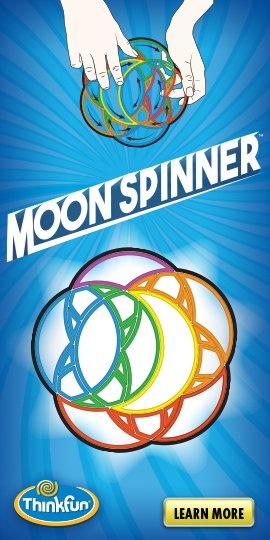