Jackie Edwards started her career in software development, moving on to teach IT to young adults at a variety of colleges and schools. After taking a career sabatical to become a mother, she now writes full time, usually on her chosen specialist area of IT, software, and tech.

Children obtain a better sense of self in two ways: through self-confidence - when they achieve goals or achieve success in some way - and through self-growth - when they come to know more about themselves and gain in emotional intelligence. There are very few activities that work on both these facets of improvement, though one surefire way to do so, is by teaching them game design. Empowering the mind through play is a proven way to capture kids’ attention, teach them vital skills, and introduce a vital ingredient in learning: fun! When education starts becoming less of a chore and transforms into the highlight of a child’s day, you know you’re doing something right! The Importance of Coding for our Future

Ours is an increasingly technological era; coding has become important, not only for companies in the technological sector, but also for various business which now rely on computer code. Most of the jobs on Glassdoor’s 50 Best Jobs in America list are specialist technology jobs and a talented programmer could just as easily work at a tech company as they could in the health or even the automobilistic sector. As noted by Burning Glass, in 2015 alone, there were seven million jobs for those with coding skills - these jobs belonged to the following five categories: IT workers, data analysts, artists and designers, engineers, scientists. Coding in Schools

Because Coding jobs pay well, they pave the road for successful careers and they are growing at a vertiginous rate. Unlike the case in other countries, in the United States, computer science is not a mandatory part of the high school curriculum, even though a majority of teachers believe it should be a compulsory subject for all. As noted by computer expert, Hadi Partovi, “Computational thinking – which is the logic, algorithmic thinking, and problem-solving aspects of computer science – provides an analytical backbone that is useful for every single student, in any career. Schools teach math to students regardless of whether they want to become mathematicians, because it is foundational.” Forbes notes that currently, most high schools don’t teach computer science and don’t have a computer science teacher on staff. Nevertheless, things are looking positive - Code.org is training tens of thousands of new computer science teachers every year, so that in less than a decade, computer science will probably be a mandatory subject. There are many magnificent opportunities for older students who wish to study coding and game design in college. Subjects offered at college level include animation, programming, coding and other specialities and graduates find that upon graduation, there are jobs awaiting them in a variety of industries - everything from gaming to filmmaking.

Game Design and Self Growth

From a practical perspective, coding is clearly the way to go, but there are many ways in which coding games can empower young creators while they are having fun. For many children and teens, games are the ultimate pastime. Few things are cooler than topping a high score, so imagine the buzz they obtain when they create their very own game! Game design turns children into creators; it gives them an idea of what it might be like to create their own startup when they are older, to present an innovative idea to the world, or use their creativity to make important changes.

Game design also teaches them important team building skills. When creating a game, the entire team has to make decisions, which emphasises the importance of working to a specific time, brainstorming, valuing ideas, receiving feedback from others in a non-defensive manner, refining one’s selection and of course, making the ultimate choice. Teachers can take the opportunity to note each student’s learning style - whether or not they take initiative, whether they have an active or reflective style, whether or not they take into account others’ feelings, etc. They can then encourage those who tend to be more quiet, or who lack the confidence required to speak their ideas, to share their knowledge with the rest of the group. Natural leaders, meanwhile, can avail of learning to listen to others’ ideas; often, the very best ideas in a team are drowned out because someone does all the talking, and another, all the listening. Game design can be used to turn kids into mini entrepreneurs; to behave as they would if they owned or formed the executive committee of an important company. Children can be divided into teams according to their skills and preferences. Kids who are great with drawing and painting, for instance, may be responsible for aesthetic appearance of a game; those who are keen coders may wish to take over this aspect of the game, while those who are super organized may like to take charge of project management, setting deadlines and goals for the rest of the team to follow.

Game design is an excellent way to get kids into coding and computer science. It works on two levels: teaching children important skills they will need for the future, as well as encouraging them to tap into their own talents. The focus should always be on fun; children in general live in the moment and tend to be less concerned than their parents are, about their future. Still, who is to say that just one game can’t make a computer genius, that one group learning experience can’t make a great team leader, that just one game can’t be the funnest memory in the magical time we call childhood? 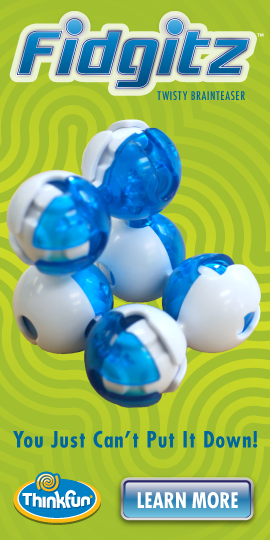