3 Ways to Leverage Games for Learning The beginning of a child’s educational years is paramount. A child needs someone to fight for them if there are academic struggles. There are countless ways to reach a child, games being one avenue. Not every child will enjoy games but for the child who does, games create a relaxed atmosphere where a child can learn without frustration and tears. A child will also have the opportunity to walk away with a happy face. There are simple board games that can be combined with dice, e.g., Surprise Slides and Math Dice Jr. There are games that can be played for sheer academic value, e.g., 7 ate 9. Lastly, logic games can be played to develop deduction skills, e.g., Cat Crimes.

Games can easily be found in thrift stores. For more information on how to build an affordable game closet, see Lessening Tutoring Stress with Games and Using Games to Grasp Math Concepts.

Slide your way to victory with Surprise Slides and Math Dice Jr. combined! ThinkFun has produced some beautiful, colorful dice that combines well with the delightful, vivid board game, Surprise Slides. Who doesn’t love all the colors of the rainbow? Basically, roll the white dice to obtain the target number. Using PEMDAS (parentheses, exponents, multiplication, division, addition, subtraction), grab a piece of paper or a wipe board and roll all 5 colored dice to arrange the numbers into equations to equal the target number.

A player can use all of the dice or some of the dice. The number of dice used determines how many spaces a player moves ahead on the board. Sometimes, a player may only want to use 3 dice in order to land on a slide space. For older children, use the yellow dice to make the target numbers more challenging (the yellow dice, or similar dice, can be found on/in Amazon, thrift stores, or toy stores). In the above picture with the wipe board, the target number was 4. Therefore, the player moved ahead 5 spaces, since all 5 dice were used to make the equation. Math Dice Jr. can be found online at an inexpensive price. Surprise Slides was found at a thrift store in excellent condition. The combination of these two games was energizing when played in a tutoring session. The competition became exciting as the players inched their way to victory.

Creatively speaking, companies have created card games for the sole purpose of strengthening academic skills. Some of these games can be played according to the rules, or some can be altered (aka 'hacked') to make the games easier or harder.  7 ate 9 can be played just like Speed. Arrange the cards as shown in the picture below.

There are 2 cards each on the extreme left and extreme right, flipped over (these cards are for later in the game when players are stuck). To begin the game, there are only 2 cards in the center. After the entire deck is dealt, at the same time, each player flips over the 2 center cards. There are no turns. The goal is to play as quickly as possible. In the above picture, a 3 or a 1 can be played on the right pile. Players can draw cards one at a time from their personal pile to play. To make the game more manageable, we only draw 6 cards at the most. If no one can play after 6 cards are drawn each, each player will flip a card on each side of the center piles. And play begins again. Race to be the first player to eliminate the dealt cards. This game looks rather easy but because the game is a race, thinking skills are challenged, even for older students and adults. The goal is to think fast. The game can be slowed down or sped up to accommodate different skill levels. This game was bought on Amazon and is one of the best math resources I own.  This game was one of my student’s favorites. Logic games are an entertaining pastime that one child can enjoy alone. Logic games also build mental skills needed for higher math courses, such as Algebra. Problem solving is more than memorizing formulas. Problem solving requires logical deduction skills. Once deduction skills are developed, a student can reason through math problems. There are innumerable logic games from which to choose, with bounteous themes. Cat Crimes is an amusing game that targets cat lovers and/or logic game lovers. Six different cats are potential suspects in cute crimes that happen in the neighbor’s house. For example, which cat took the bird? Which cat broke the flowerpot? Clues are given on each card and the clues reveal where each cat belongs around a charming game board. The clue cards begin simple and progressively get harder.  When each condition on the clue card has been solved, the student should have the answer to the question, “Which cat committed the crime?”

The answer is on the back of the clue card.  This is an adorable game, inexpensive, and will captivate an attention span for a while, depending on individual students. The cats can be moved around the board, using the token stands, to different positions to aid in solving the mystery. The instructions are uncomplicated and straightforward, making the game play immediate and smooth.

The goal in any academic setting should be a happy, competent, confident child with no tears, no fear, and low frustration. Games are an awesome way to create happy memories and to reinforce academic skills. Create children who run into the future with excitement and anticipation, ready to become lifelong learners.

Becky Hill lives in Green River, Wyoming, with her husband of 29 years. She has 3 grown children and 2 grand dogs. Becky earned a Bachelor of Arts degree from Ouachita Baptist University, in Arkadelphia, Arkansas, in 1990.  She earned a Biblical Studies Certificate from Trinity Evangelical Divinity School, in Deerfield, Illinois, in 1993. Becky began homeschooling two of her children unexpectedly 13 years ago. Despite many challenges along the way, Becky creatively enabled both of her children to succeed. While her homeschooling adventures are over, she loves tutoring children and helping them to conquer subjects with no fear. Her specialty is mathematics. One of her favorite hobbies is creatively incorporating games into tutoring. The goal, she believes, is no tears, no fear, and a competent, confident, and happy child.  She has a Facebook, Instagram, and Twitter page called “The Happy Math Nerd.” 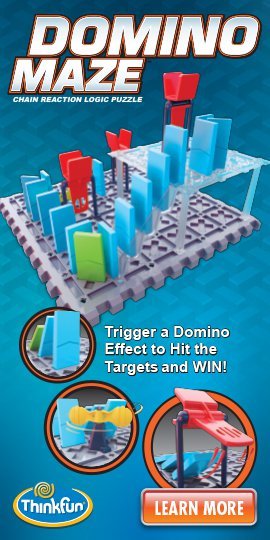